Ricardo Tannus, a Monese business customer, tells us how Join is tearing down barriers between companies and potential employees

We've been asking our business customers the tough questions. What does it mean to start your own business? What are some of the hardest challenges you've had to face? How can a Monese business account help or hinder your growth? We have a diverse range of companies using our accounts, and can’t wait to learn from their successes and failures when it comes to setting up your own business.

Ricardo Tannus is the CEO of Join, a company promising to flip recruitment on its head. Join is a platform that connects candidates to employers over blind dinners, in which neither the candidates nor the employers know who they’re going to meet.

Three years into his entrepreneurial journey, Ricardo had many thoughts to share about the challenges of starting a business and what it means to remove barriers between humans on either side of the hiring process.

Ricardo realised the best way to engage the ambitious and eager-to-please students of London Business School was to pitch the dinners as “networking” opportunities, rather than a chance to meet new friends.

This was one of his first and most formative lessons as an entrepreneur: “You’re selling the same thing, but if you word it in a different way, people understand it as a completely different thing. That changes the price point, that changes the use case, that changes people’s willingness to give it a go.”

The students suddenly saw this as a business opportunity rather than an activity for “lonely” people, Ricardo explained, so it brought them in their floods to the dinner table.

Springing out of this, two groups emerged: employers and candidates, which inspired Ricardo to change the nature of the dinners entirely.

Today, Join brings five candidates and one employer to have dinner together in a London restaurant. The employer is a representative from the team that is hiring for new roles, rather than an HR colleague, something Ricardo said is key in the success of the dinners. He explained that on the employer side, this makes the team more engaged as they get a chance to be gatekeepers in the hiring process, and on the candidate side, they get to understand on a more granular level what the team does. 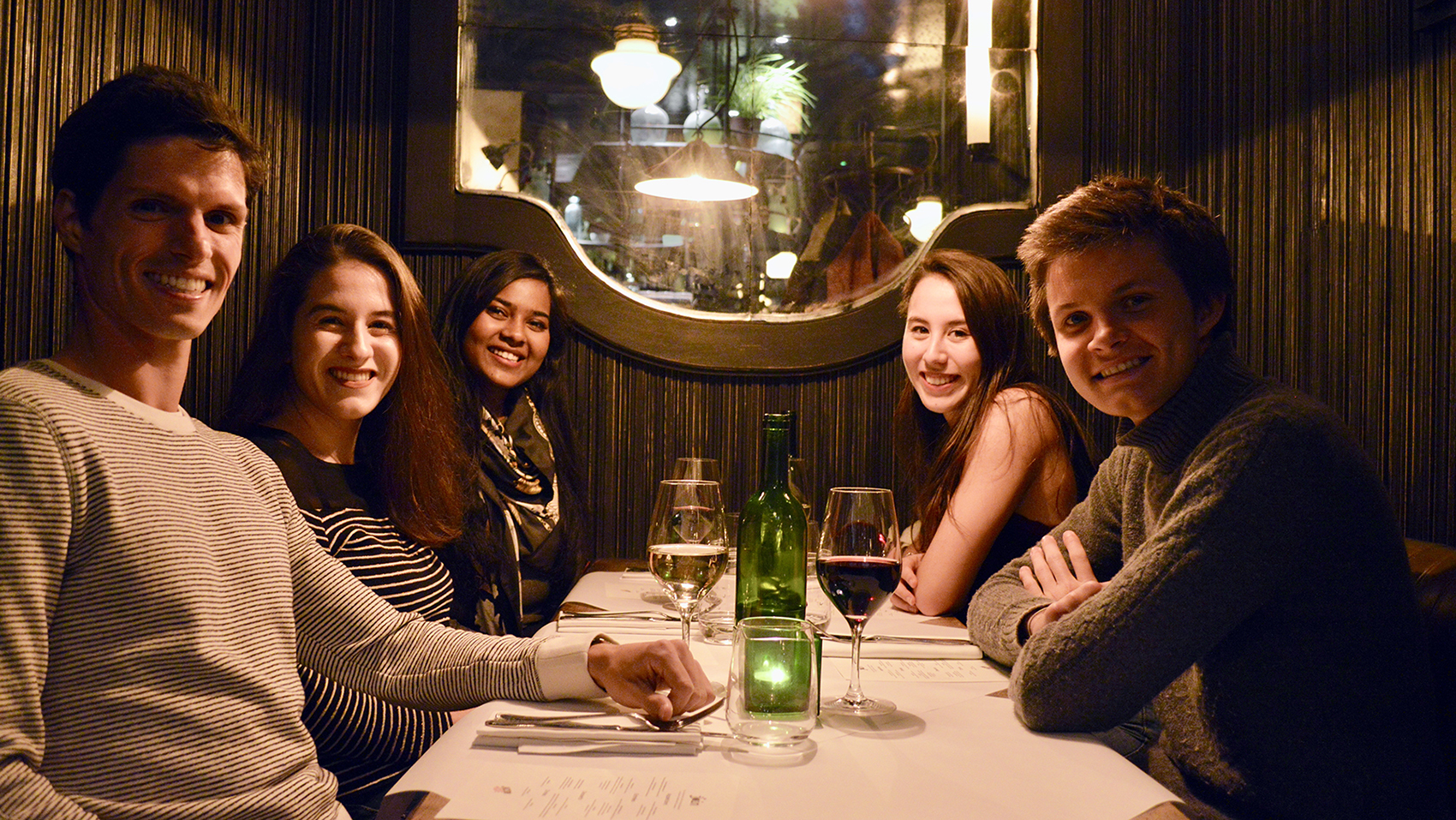 Ricardo went into the methodology of this approach in more detail: “Every company has what’s called an EVP: Employer Value Proposition, or the employer brand. Companies with a positive EVP find no trouble attracting talent, but suffer a surplus of applications. Companies with a negative EVP or an unknown brand have trouble attracting talent at all.”

Join seeks to even out this process, and allow large, popular companies to cut down the interview process by meeting suitable candidates in person, and on the flip side allow candidates to meet potential employers they may never have considered applying to. Join effectively removes barriers between companies and candidates, to allow them to get to know each other in ways they otherwise might never have the chance to.

When asked to describe his biggest challenge in this, Ricardo laughed: “My biggest challenge today?” As the idea of Join is very new, he explained that the hardest thing was convincing companies to take the trade-off: “I’m a computer engineer by trade, and we always talk about trade-offs. If you have a computer with a flash HD and not a disk, it’s better because you access memory much faster, but it doesn’t store as long.

One of the trade-offs of Join is that they’re spending two hours to get to know five candidates. But interviewing five people that have been pre-screened is a time saver. The candidates then often skip some steps in the interview process, so we reduce the time to hire significantly, and maintain the candidate’s engagement.” His way of getting over this hurdle is simply to offer companies a trial: “Then they can see that it’s also a better experience for the people who are recruiting, because they feel empowered.”

Starting Join was a very natural process for him because his passion and his strength is introducing people to other people. He is able to leverage his natural abilities and his network to serve this end. His frustrations come from the fact that it takes a lot of time to get people on side, to convince them of the validity of new ideas.

What gets him through tough times is when, through his facilitation, people manage to make human connections they wouldn’t have otherwise: “As a byproduct of making a human connection, we’re getting people jobs. And that’s a pretty good byproduct.”

They simply couldn’t open an account quickly, even with the bank Ricardo held a personal account with. Ricardo first registered a personal account with Monese to be able to separate his finances, and was one of the first on the waiting list when we launched business accounts. He said of the service: “We were looking for something easy, and Monese was there to help us out in our time of need.”

His human approach to HR is indeed very new but seems to be gaining traction, getting candidates employed in companies they would never have considered, with realistic expectations of what their job will be. It will be exciting for us to see Join grow, and we look forward to helping Ricardo and his team along that journey.